Many job descriptions don’t even begin to cover all of their required tasks, and within most teams there are unspoken roles that aren’t, but should be, clarified.  I knew a senior engineer, for example, who was usually employed as a project manager by his office, but whenever there weren’t enough projects the company kept him on because of his unique skill set; he was the office’s Microsoft “Excel Wizard.”  Most companies don’t have a listed position for every role, but some of these roles can be incredibly important to the function of the organization.  This can lead to confusion, a sense of low job security and other symptoms that lead to low morale.

In a 2013 interview Eduardo Salas (one the most frequently cited authors on team building) was asked what biggest team killer was, he replied, “It is the lack of clarity in roles and responsibilities – who does what, when, why and with whom.”  This perfectly sums up a quintessential problem for many teams today.  With a more egalitarian office culture on the rise and cross disciplinary training becoming more prevalent; the importance of clarifying each team member’s roles has become paramount to a team’s success. 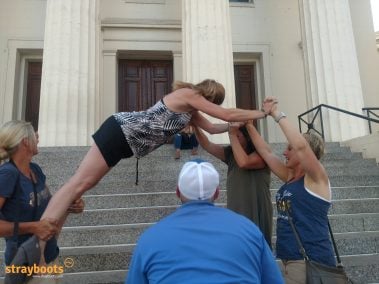 Despite this, role clarification has fallen by the wayside for some teams.  Sure there is still clear hierarchy in many workplaces, and job descriptions do contain the meat of what the job entails, but that isn’t always enough to have the most productive team.  The aforementioned engineer would frequently become stressed whenever the company began a series of layoffs, especially during the harsh economic climate of 2008.  Sometimes he even saw a decrease in his productivity due to long hours spent searching out new projects or clients, but it wasn’t until his employers clearly communicated to him that he was an indispensable part of the team that he was able to return his focus fully to his role within the office.  Now he knows that whenever he has downtime in between projects, his role is to help the office with the myriad of problems that can crop up for unfamiliar users of Excel.  This has also increased his efficiency during projects he’s managing due to decreased levels of stress leading up to the assignment.

Role clarification is broken down into three techniques by Elaine Biech (2011 Pfeiffer Annual: Consulting): role negotiation, job expectation and role analysis.  These are each crucial to a team’s success, and distinctive in regards to how they are approached as respects team building.  Job expectation is the most self explanatory, and most commonly used for new hires.  It is both the starting point and end result when analyzing your team’s efficiency.  Clearly communicating a position’s roles to team members must usually happen at the beginning of their employment, but as the needs of the organization shift so do the various roles they must fulfill.

Role negotiation becomes vital to a team when conflict arises from mutually desired roles or when workload forces some team members to drop some of their assigned tasks.  These kinds of reorganizations can frequently come from above, but team members need the skills to properly communicate with their team about what tasks they can handle or wish to add to their current responsibilities.  Finding team building activities that require team members to divide up tasks and roles amongst themselves will help teach them how to effectively negotiate for desired roles within the workplace.  This can be especially beneficial for team members who haven’t quite come out and asked for the roles and assignments necessary to give them the challenges they need to be fully inspired.  For those team members especially, activities that have some element of role negotiation can have incredible benefits to their overall contribution to the team.

For teams that need a degree of flexibility in how they assign and clarify roles and responsibilities, mastering role analysis becomes imperative.  To be able to cogently assign roles from within, team members need to be capable of considering the mutual obligations and interdependencies of the various roles intrinsic to the team.  This is the step that helps change job descriptions into role expectations.  Helping a team learn to identify the various strengths and weaknesses amongst team members, and how to use or counter them, is fundamental to any expert team.

Luckily, the role negotiation and analysis facets of team building can happen naturally in many team building activities.  This is done most smoothly by finding events that allow team members to divide up the tasks necessary to complete the activity amongst themselves.  If the event has no set roles, and the team has to discover the most effective method on their own, team members will have an opportunity to learn how to analyze each other’s abilities and negotiate with team members for desired roles.  Keep in mind that it works best when it can be enjoyable for everyone, that way they can learn to associate those skills with the fun they had with their team.
To get moving with your team on a fun team building activity that works, take a Scavenger Hunt with Strayboots.  The author, Tom Porcella, is a young professional who writes for various blogs and publications.