Everyone is familiar with the frustration felt from having imparted valuable information, then proceeding to witness those words go in one ear then out the other.  Journalist Sydney J. Harris once wrote, “The two words ‘information’ and ‘communication’ are often used interchangeably, but they signify quite different things.  Information is giving out; communication is getting through.”  The differences between these two kinds of interactions can be sometimes be forgotten due to the advent of digital communication and storage, but while all the interactions between a team might be stored digitally (thus confirmed to have been received) this does not mean that the message was definitively understood.

Improving communication is commonly known to be one of the core components of team building.  Still, there is much disagreement on the value of co-workers socializing.  MIT’s Human Dynamics Laboratory’s research, “collected on the importance of socializing not only build[s] on conventional wisdom but sometimes upend[s] it.”  Their data shows that socializing has a far greater impact than one would tend to think, often having as much as a 50% impact on positive changes in communication.

One of the most fascinating aspects of this particular study is how the researchers gathered the data.  They utilized electronic badges which gathered information on the subjects’ body language, tone of voice, who they spoke with and how often; all of this is done without revealing the actual content of these conversations.  The study’s authors call these data points sociometric, and have used them to predict which team would have a successful sales pitch, the financial results of different investment teams, as well as which team members had a “productive” or “creative” day.  What they have been able to clearly recognize is that there are three key elements to communication that affect team performance: energy, engagement and exploration.

The researchers were able to measure a team’s energy levels by how many exchanges (and how they were interacting eg: email) a team was having.  This was done with a simple exchange being defined as a comment with a single-word or nonverbal response.  The engagement was measured as the function of the energy (exchanges) between the various members of the team.  For example, in a three-person team with high engagement, employee A would have a high level of energy with employees B and C, as well as employees B and C having a high level of energy with each other.  Exploration was measured by how often team members would leave their team to communicate with other teams they could interact with. 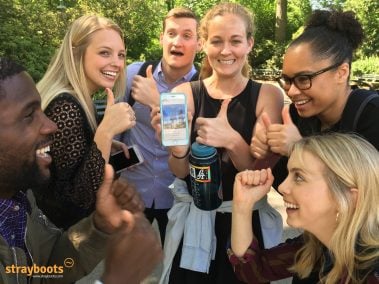 Call-centers are uniquely practical for studying and testing team building methods, in large part due to the ease in which their success can be measured: customer satisfaction, number of issues resolved, and average handling time.  Some of the teams in the aforementioned study from call-centers showed an increased level of productivity when half of the interactions were one-on-one conversations between team members.  This flies in the face of conventional wisdom in a high-demand workplace like a call-center, especially considering one would assume they would usually have their employees focusing on having interactions with customers.  The increased energy amongst the employees helped make workplace communication more efficient, and also helped improve the engagement amongst the team members.

It is common in many teams for cliques to form, but these can frequently be a hindrance to the overall success of the team.  The researchers found that when they were observing teams making investment decisions the teams that were only partially engaged (only some team members interacting regularly) made investments that were less profitable than teams that were fully engaged with each other, as well as discovering that teams that were far flung and often communicated by phone were apt to be less engaged.  Their data also showed that having a fully engaged low energy team was still better than a high energy team with low engagement.

Facilitating exploration within a workplace is incredibly important, especially for teams that require a creative spark for innovation.  The downside to this is that increasing exploration within a team necessitates decreased engagement with team members.  The way most effective creative teams overcome this hurdle is by switching between exploring for new perspectives, then returning back to their team to engage about these outside sources.  The researchers noted that in one industrial research lab, these patterns could distinguish teams with low or high creativity with almost 90% accuracy.

By compiling all the data they had gathered, the researchers were able to find that effective teams share five defining characteristics.  Everyone in the team interacts equally while keeping the conversation short and simple.  Team members face one another and have a high level of energy when interacting.  A team interacts directly with each other, and not just their team leader.  Successful teams also carry on side talk, as well as periodically breaking away to gather information outside the team.  While these findings might be common sense to some, what they demonstrate is that there is verifiable data that shows that building a team with genuine and effective communication can have actual results for a team’s overall productivity and innovation.