Power Posing: A Life-changing Strategy, or Just so Much Hype?

Why does a rooster strut? Chest out, head comb erect, wings flapping, crowing loudly, taking command of the barnyard. Or why does a bull elephant, when protecting its herd from imminent danger, stand four-square, ears flapping aggressively, trunk raised high? Bringing it back into the human realm, watch the New Zealand national Rugby team, the “All Blacks”, perform a “Haka” as a prelim to a match. This traditional Māori war dance with vigorous movements and stamping of the feet, accompanied by rhythmic shouts, was originally performed by warriors before a battle, proclaiming their strength and prowess to intimidate the enemy. 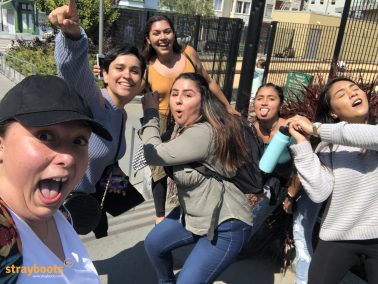 All of these actions, in nature or in human tradition, are primal examples of what Harvard Business School professor Amy Cuddy, calls “Power Posing”, body language designed to impress our “opponents” – be they a real enemy, an interviewer, an audience or even our own fears and inadequacies. We often approach our biggest hurdles with dread, execute them with anxiety, and leave them with regret, instead of taking command and dominating the situation with confidence and aplomb, she claims.

Prof. Cuddy states in her book “Presence” (Copyright © 2015 Amy Cuddy, Little, Brown and Company) and in her famous TED Talk in 2012, that an individual can, by assuming two simple one-minute poses, “embody power and instantly become more powerful”; that powerful body language can help a person feel more confident and competent.

The so-called “power pose” is characterized by “open, expansive postures”. The claims are not just mere random observations of body language; they are the result of a 2010 Psychological Science study co-authored by Cuddy and two then-Columbia University professors, Andy Yap and Dana Carney.

The report asks: “…can these postures actually cause power?” It then states that such posing can change your life and your hormone levels: “The results of this study confirmed our prediction that posing in high-power nonverbal displays…would cause neuroendocrine and behavioral changes for both male and female participants: High-power posers experienced elevations in testosterone, decreases in cortisol, and increased feelings of power and tolerance for risk…”

All well and good for increasing supremacy in the workplace, on the sports field, or even in inter-personal relationships, where your objective is to create a powerful impression to gain the advantage in negotiations or enhance your persuasiveness for whatever reason.

But now a serious debate about the claimed effects of power posing – or rather, the “non-effects” of power posing is developing, in which eminent scholars are challenging the findings and the supposed benefits.

Not that standing tall, chest out, tummy in, chiseled chin thrust forward, will not help you feel more confident and appear more in charge. Rather than the research itself was flawed from a statistical point of view, and that subsequent research, by other teams using a larger statistical base was unable to replicate the findings of the Cuddy program.

According to Slate, an outside team led by Eva Ranehill, of the University of Zurich’s Department of Economics, attempted to replicate the original Carney, Cuddy, and Yap study using a sample population five times larger than the original group. In the 2015 paper, Assessing the Robustness of Power Posing: No Effect on Hormones and Risk Tolerance in a Large Sample of Men and Women, the Ranehill team reported that they found no such effect.

Without delving too deeply into the technicalities and details of the research, other scholars have come forward and cast doubt on the “Power Posing Effect”. In a post from May 2015, psychology researchers Joe Simmons and Uri Simonsohn analyzed the original power pose study and its unsuccessful replication in detail, writing:

“The power-posing participants were reported to have felt more powerful, sought more risk, had higher testosterone levels, and lower cortisol levels. In the replication, power posing … did not impact behavior or hormonal levels. The key point of the TED Talk, that power poses ‘can significantly change the outcomes of your life,’ was not supported.”

This is not to say that the power pose effect can’t help. It could actually go in either direction. Accepting that no two human beings are exactly alike, power posing will work differently for different people. For example, sitting in a power pose could give people overconfidence that could harm them in negotiations – or aid them. It could help some people and hurt others. Other researchers say it only works in very specific kinds of circumstances.

We’ve been hearing about body language for decades now, moving forward slightly when needing to make a point, not folding your arms in a discussion which shows that you are closed to new ideas…and a host of other manifestations of human action and reaction, and how to control them.

In a motivational situation, it seems fairly obvious that the ones who stand tall, use their personalities to take command of a situation, and speak confidentially – the “power posers” – are the leaders. They attract a following, inspire confidence; appear to know what they are doing and what they are talking about.

Is this the realm of science? Well, it probably depends on whether you believe all human behavior can be rendered down to data and research results – or whether differences in human characteristics and training, education, and environment actually rule the day. Scientific data, in the “power posing” case, may be intriguing and even quite motivating, but certainly not a hard and fast rule.

Either way, it goes without saying that those with the greatest confidence are more likely to lead. Whether or not their confidence is “real,” they understand that having a strong sense of conviction is key to convincing their teammates to follow them. At Strayboots, our team building activities cultivate that sense of conviction by helping people tap into and realize their leadership potential in another, albeit less formal context. Similar to “power posing”, there might not an exact science behind it but at the end of the day, somehow, it works. And we’re all for it.

Let Strayboots help you boost your team’s confidence and leadership skills. Get in touch to learn about our team building events and find out what we can do!