Is Team Building Relevant in a Holacracy Model? 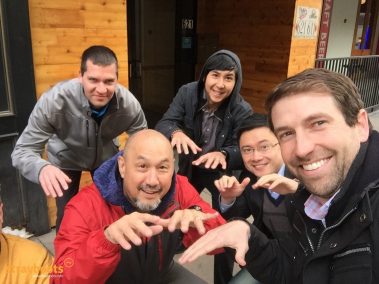 In every company or organization operating system since ancient history, there has always been a hierarchy, with one individual – a team leader, manager, boss, head honcho, overseer – heading up various groups or teams. He, or she, was accountable and responsible for success or failure. Guiding, managing, encouraging, and even compelling team members to greater efforts meant either reaping the rewards – riches, and promotion – or facing repercussions, the severity of which could include demotion or dismissal.

All that looks like it might be heading for change. The big question being asked now is: “Are managers still necessary?” The new concept of “Holacracy” endeavors to take the entire universe of organizational thinking in this direction. As described on their website:

Holacracy is a complete, packaged system for self-management in organizations; replacing the traditional management hierarchy with a new peer-to-peer “operating system” that increases transparency, accountability, and organizational agility.

The site goes on to explain that traditionally each person in a company has one job and one job description. Managers loosely delegate authority, but ultimately, their decisions always trump those they manage. Any initiative outside the norm typically requires the boss’ approval.

In Holacracy however, people have multiple roles, often on different teams and enterprises can “distribute authority, empowering all employees to take a leadership role and make meaningful decisions.” Teams are self-organized, given a purpose, and decide internally how to best reach it. In this way, Holacracy replaces the traditional hierarchy with a series of interconnected but autonomous teams allowing people more freedom to express their creativity and rise to their fullest potential.

Zappos, one of the largest online clothing and footwear stores, is probably the best example of a company that has fully adopted Holacracy as a discipline. According to Tony Hsieh, CEO: “We want to structure Zappos more like a city and less like a top-down bureaucratic command and control organization… It’s the future of work and…the only structure that can become more innovative as it gets bigger.

But there are those who feel that managers are absolutely essential to running a flourishing organization and achieving…well, success.

A case in point is Treehouse, a Portland, Oregon-based online technology education company that embraced Holacracy and eliminated its managers in 2013. According to a recent report in the Portland Oregonian, the company later revoked that decision claiming simply: “We were naïve”

Prof. Berrin Erdogan, a management professor at Portland State University, was quoted in the same article as stating that academic research shows organizations do perform better with fewer layers of management and a culture that empowers employees. However, the “no-boss approach” can be counterproductive, resulting in what Treehouse CEO Ryan Carson said left employees feeling like “lonely islands, with no support.”

The question then remains: Is the cohesion of the team paramount – with or without managers? In Holacracy it would seem that really close teamwork and team spirit must be given the highest priority, with absolute cooperation and bonding across all roles. Team building then would seem to be more important than ever. But even in a traditional model, building the team and grooming its members for success should be considered one of an enlightened manager’s most valuable roles.

Whatever the organizational model then, it seems that team building takes precedence, offering companies with or without managers the most reliable way to reach their aspirations: success, achievement, and ultimately – victory in the marketplace.

Drive teamwork and employee engagement whatever your organizational model with a Strayboots team building scavenger hunt! Get in touch to find out how!