As the leader of a team, your group looks to you and relies on you for guidance and motivation. While there is no right or wrong way to do this, it’s important to be able to identify where you fall on the spectrum of leadership. Being familiar with your strengths and weaknesses can only make your team more efficient and successful. Take a look at these profiles of some staple leadership types and see where you fit: 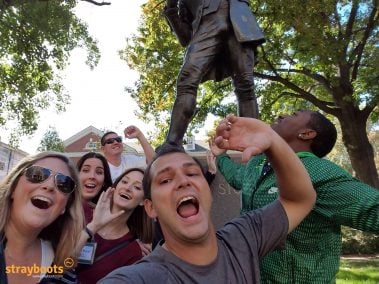 Think: The visionary leader combines passion and practicality to make things happen. They have a clear vision of what they want to achieve and take both calculated steps and huge leaps of faith to get there. Think of the visionary leader as the crewmember of a boat standing at its bow, always seeking the horizon.

How you Motivate Teammates: You’re great at keeping your team focused on the big picture. Being in the trenches can get even the most effective teams down, but your leadership style keeps workers thinking about the glass half full. You know that the hard times won’t last forever and true team success lies on the other side of your biggest challenges.

How You Make Decisions: What works best for the greater good? That’s where your mindset remains and where the root of your decisions is. Your decisions never stray far from what the end goal for you and your team.

Your Perfect Role During a Strayboots Scavenger Hunt: You may have some teammates that simply aren’t into the idea of a scavenger hunt. That’s where you come in! As a visionary leader, you’re able to pitch to your team the positives of participating. You’ll probably love out photo ops the most! 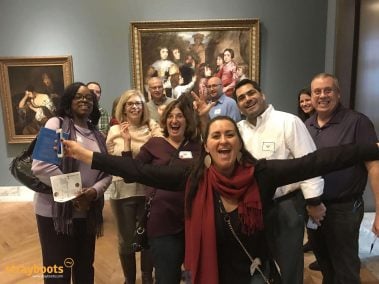 Think: The democratic leader is often known as the participative leader for good reason. Instead of single-handedly leading a team, the democratic leader is moreso a member of a group in which all ideas are created equal. Think of this kind of leader as another crewmember on a boat, rowing alongside their team to reach their destination.

How you Motivate Teammates: What drives the democratic team and its leader is the positive effect of hearing every voice equally. You motivate your teammates by validating their ideas and encouraging them to dig deeper.

How You Criticize Teammates: One of the most positive characteristics of being a democratic leader is getting to lead a democratic group. But so many moving parts leaves room for mistakes if the members of the team are poorly organized and weak communicators. Criticism for the democratic leader may look more like blame than anything constructive because of the heavy reliance on others to get things done.

Your Perfect Role During a Strayboots Scavenger Hunt: You’ll feel right at home during one of our scavenger hunts, as it gives you and your team an opportunity to truly delegate your roles. As a democratic leader, a Strayboots scavenger hunt is the perfect chance to take the backseat and witness true and equal collaboration among teammates. 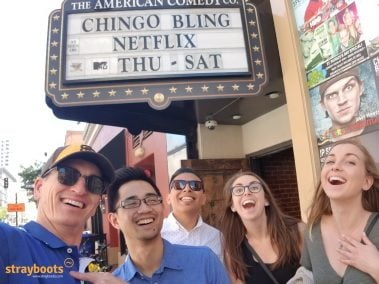 Think: The hands-off leader, also known as the delegative leader lets the team take the reins with little to no input from the leader. It may sound a little scary, but when executed well, the laissez-faire leader can find themselves heading a fully independent and efficient team. Think of the laissez-faire leader as the crewmember on a boat supervising the group as they row.

How you Motivate Teammates: Your teammates are motivated by the trust you put in them to get the job done without your supervision or input.

How You Criticize Teammates: The laissez-faire leader tends not to be fully informed of when things to awry until it’s too late. Bumps in the road may come as a surprise to the laissez-faire leader. If this kind of leader doesn’t have effective communication skills criticism of teammates may be harsh.

Your Perfect Role During a Strayboots Scavenger Hunt: During a Strayboots scavenger hunt, you enjoy just being along for the ride and enjoying the scenery your team sees along the way. You’re the first to suggest you team stops for a drink after solving a particularly tricky riddle!

Want to learn more about new ways to use your leadership role?

Get in touch with us, try our perfect matching, team building scavenger hunts, and become a better leader for your team!